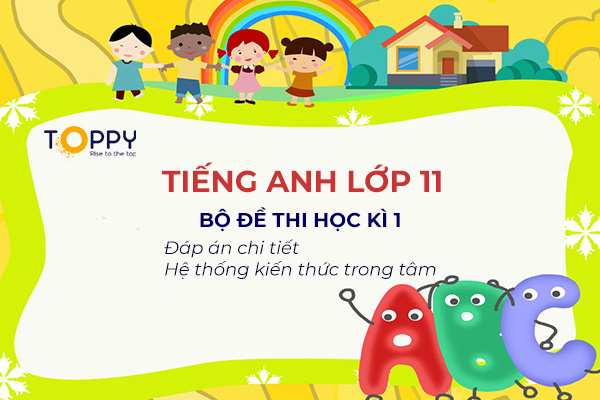 Read the passage and choose one correct answer for each question.(from 1 to 4)

One warm spring day, Mrs. Baker went to the park near her house. She sat down on a park bench and started to read a letter from her daughter, Karen. Karen and her husband, John and their two children, Ken and Kathy, were on Florida on vacation for two weeks. Karen said that they were having a wonderful time, and she sent some postcards in the letters. The postcards showed pictures of Florida.

Mrs.Baker smiled at she read the letter again. She was happy that they were having a good time. While she was reading, a man came and sat down at the other end of the bench. He opened his newspaper and began to read.

Suddenly the poscards blew out of Mrs.Baker’s hand and fell on the ground. They started to blow away. Mr Mark Baker quickly reached down and helped Mrs.Baker pick them up. Mrs. Baker thanked him and showed him the postcards. They introduced themselves. It was the beginning of a very pleasant friendship.

A. The newspaper blew onto the ground.

B. Her hat blew onto the ground.

C. The postcards blew onto the ground.

D. The letter blew onto the ground.

A. in the park reading her newspaper

B. in the park reading her book

C. at home reading her letter

D. in the park reading her letter

A. He got up and went home

B. He reached down and helped Mrs.Baker pick up the postcards

C. He continued reading his newspaper

D. He pick them up and looked at them

Read the following passage carefully and then choose the option to fit each space by circling the letter A, B, C or D. (from 5 to 8)

Homes are often decorated with plants and flowers at this time. Peach blossom is…(5)…………..at Tet in the North while apricot blossom is traditional in ……(6)…………South. The kumquat tree with its ripe deep orange fruits is popular throughout the country. One of Tet’s most special foods is banh chung, which is……(7)………….from sticky rice, green beans and fatty pork. Mut, which is candied fruit such as sugared apples, plums……(8)………..tomatoes, is also popular.

Câu 11: Anyone stole the money, but we don’t know who.

Câu 14: If I known about the job, I would have applied for it

Choose A, B, C, or D that best completes each unfinished sentence, substitutes the underlined part, or has a close meaning to the original one (from 18 to 32)

A. When I phoned, there was no signal.

B. When I phoned, there was nobody else.

C. When I answered the phone, there was a reply.

D. When I phoned, there was no reply.

Câu 20:  Nowadays, teenagers always love and imitate their own …………… in different ways.

Câu 22:  Although the Women’s World Cup was established not long ago, it’s growing in popularity.

B. had got – had received

C. was getting – was receiving

D. got – had received

A. Thank you. That’s a nice compliment!

Câu 26: The organization for boys who no longer have fathers is named……………..

Câu 31:  During summer vacations, students ……………to work in remote areas.

She doesn’t know your address, so she can’t write to you.

It was very cold yesterday, so we couldn’t go swimming.

Complete the following sentences in the reported speech:(1mark)

She doesn’t know your address, so she can’t write to you.

=> If she knew your address, she could write to you

It was very cold yesterday, so we couldn’t go swimming.

=> If it had not been cold yesterday, we would have gone swimming

Complete the following sentences in the reported speech:(1mark)

=> Peter apologized for being late

=> She accused Tom of telling a life

1. Good friendship should be based on ………… respect , trust and understanding

2. We must cooperate closely in order to finish the project on time

7. Mary should have apologized ……….being late this morning , but she didn’t .

Western people are not used …………with chopsticks .

14. The volunteers help disadvantaged children to …………….their difficulties .

A –  Choose the best answer to complete each space .

B –  Read the passage and choose the best answer for each question :

Different regions have different rates of population growth , but in the 20th century , the world saw the biggest increase in its population in human history due to medical advances and massive increase in agricultural productivity made by the Green Revolution .

However , in some countries there is a negative population growth , especially in the Central and Eastern Europe , mainly due to low fertility rate ,and Southern Africa  due to the high number of HIV – related deaths .Within the next decades , Japan and some countries in Western Europe are also expected to encounter a negative population growth  due to sub-replacement fertility rates .

Population growth which exceeds the carrying capacity of an area will result in overpopulation . On the contrary , such areas may be considered “ under-populated ” if the population is not large enough to maintain an economic system .

A. Most of the countries in the world are facing the problem of overpopulation

B. Overpopulation is a state when the population growth exceeds the carrying capacity of an area

C. The Green Revolution caused the population explosion in the 20th  century .

D. The 20th century had the highest population growth rate in the history .

A. When its population is not big enough to maintain the economic system .

B. When it has high number of HIV – related deaths .

C. When its population is too poor .

D. When it has high fertility rate

28. Which areas are expected to encounter a decrease in population growth in the next decades ?

A. Some countries in Central and Eastern Europe ,

C. Some countries in Western Europe ,

29. Negative population growth in Central and Eastern Europe is due to : ……………

IV.  WRITING:  Choose the sentence that has the same meaning as the root one:

A. Jane said If she had been me , she would have traveled to Paris by train .

B. Jane said If she were me , she would travel to Paris by train .

C. Jane advised me to travel to Paris by train .

A. He said that congratulations ! I had won the scholarship .

B. He said I had won the scholarship and he congratulated .

C. He congratulated me on having won the scholarship .

D. He congratulated me of winning the scholarship .

33. Tom did his homework and then he went to bed .

A. After Tom had done his homework , he went to bed .

B. Having done his homework , Tom went to bed .

B. Unless we start our journey , we won’t be late .

D. We would be late if we didn’t start our journey .

35. He dislikes people asking him about his job .

A. Asking him about his job is disliked .

B. He dislikes being asked about his job .

C. His job is disliked asking about .

D. People are disliked asking about his job .

A – Choose a word whose underlined part is pronounced differently from the others :

B – Choose a word whose stressed syllable is different from the others .

a. Must và Have to

b. Should và ought to

VD: When she was having a bath, the telephone rang (khi cô ấy đang tắm thì chuông điện thoại kêu)

VD: When we come to see our uncle next Sunday, he will be working in the garden (khi chúng tôi đến thăm bác vào chủ nhật tới, bác ấy sẽ đang làm vườn)